Things have been moving so fast it’s hard to find time to sit down and catch up. So sorry about that.

Was able to use Eileen’s frequent flier miles to book a flight to Amsterdam to go see the Bosch exhibit. But F my A 22 hours of travel and 3 plane switches is too much for my 48 year old ass. Brutal. Rushing to finish touches on the café Eileen just opened on Haight and Central, late nights, long lists… hustle hustle… I leave for the airport 4:00 am on Tuesday, Café opens at 6:00. Mission accomplished.

I arrive the day before I leave after spending 22 hours in purgatory check into a very strange hotel in Amsterdam. The model is they have teenage interns running the place. It’s either some social justice thing or some slavery thing. The whole place seems like a drug front or something. First thing you notice is the wallpaper which seems somehow handmade. I’ve never been offered more chocolate in my life. I get lost on the train system just as the Adderall kicks in. Holy shit that stuff is NOT TRIVIAL. My rhetoriction friend gave me some for the trip, told me it would help “keep me focused”. I’m totally exhausted and overwhelmed but the completely sold out museum show I’m here to see is a 90 minute train ride away and my ticket is just for a specific time and I’ve got 95 minutes to get there.

Adderall. Man. People take this stuff? Like, all the time? Drive on this shit? No way!!! Wow. 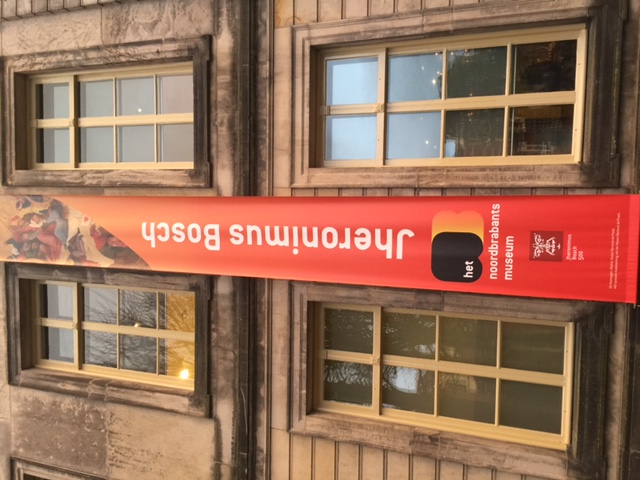 I arrive at the Noordbrabants Museum ten minutes late, thinking I just traveled around the world to miss the fucking show.  With dimples out I show my receipt to the doorperson who just waives me through. The sold out show that I know ten people who didn’t come because they couldn’t get tickets to has THE WEAKEST DOOR I’VE EVER SEEN. The show is running until May 8th.  If you can go, Go. Fuck the tickets just walk in. These people are like, polite or something. Just walk in they are culturally terrified of conflict. Get a red Trump hat or something. This is a once in a lifetime opportunity and it’s totally worth whatever it costs.

And I recommend Adderall for going to museum exhibits. Wow. 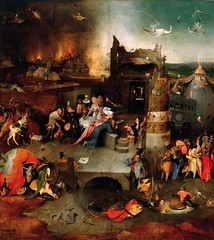 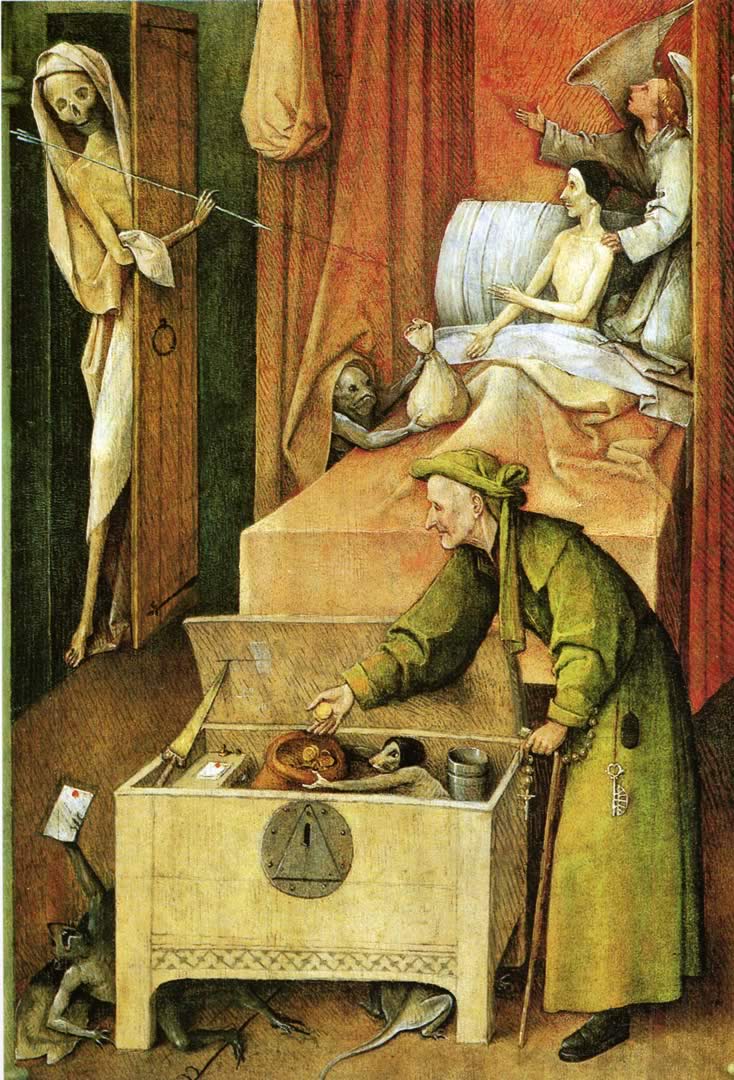 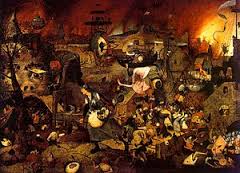 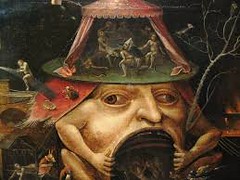 The work of Jheronimus Bosch is totally iconic. Unlike anything before it and it has literally helped shape the world in design, thought and imagination. His work has never been gathered together like this before and the story of how a small town hustler put it together is staggering genius in itself. The Noordbrabants is a small museum with a small budget. The museum curator had a weird card that he played perfectly: Jheronimus Bosch is from that town. 2016 is the 500th anniversary of Jheronimus Bosch’s death. He contacted all the private collections that had a Bosch painting and begged them to lend the work for a Bosch show. Everyone said “I will if everyone else will.” Probably thinking that some wouldn’t, but they ALL said it. Then, all he had to do was hold them to their word. Now, that might not sound totally amazing, but know that some of Bosch’s work was taken during times of Spanish occupation. So that it would come back to the Netherlands the risk that the Dutch government could claim ownership and confiscate the work was (and still is!) possible. 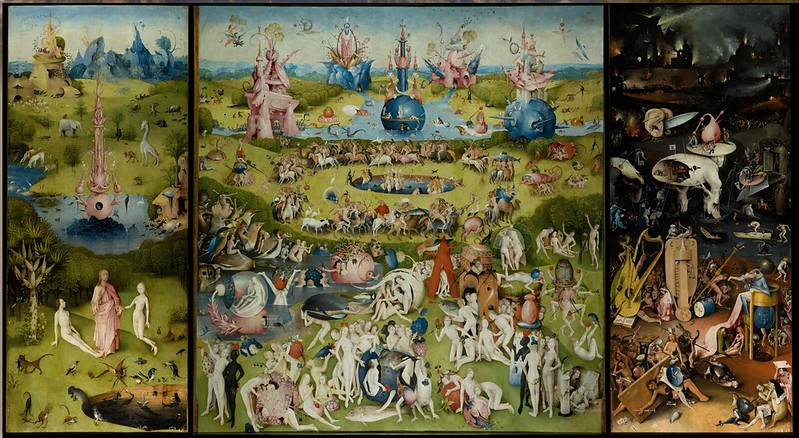 All in, over 50 works by Bosch sit on display. Getting my nose 2 inches away from these 500 year + old paintings was a remarkable experience. Seeing them, up close and being able to go back and forth between them and see patterns and seeing the actual size of the paintings somehow helps to de-mystify them. Seeing the brushstrokes. Watching the video installations that show the x-rays of the paintings to show the chalk sketches UNDER the paint! Then seeing the collection of sketches on paper which are of course slightly different then what you find in the paintings. Wow. Just wow. Halfway through I had a hot chocolate and somehow that was like some kind of trailer park speedball and I’m literally flying on sugar/Adderall when it hits me that I haven’t slept or eaten in like 40 hours. 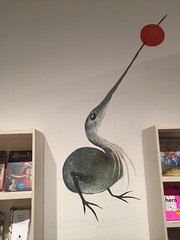 The museum closes at 1:00 am and they schooch me out with my armful of souvenir tchotchkes into the freezing night onto the street. Man, these people know how to party. There are people, like, puking. Everywhere. It seems like, unsustainable. It’s a Tuesday or Wednesday night. And it’s like Spring Break. Then I start noticing the orange. Everyone is wearing orange. And puking. I mean, really wearing orange. Not like, an orange scarf or t-shirt. Full on orange. Look at this guy… 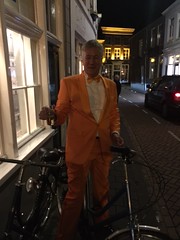 Well. It’s the Kings’ birthday. They honor their king with orange and vomit. It’s like their big national holiday. No wonder the trains were all fucked up. The train station scene is like an anti-alcohol Monty Python commercial. A drunk guys asks me if I’m a cowboy or a jazz dancer. I tell him I’m a washed up punk rocker who has lost my identity. He agrees and says that he can’t identify me either. The train ride is very long and reeks of vomit. I’m reminded that I don’t own a bar anymore. I am happy.

I return to the hotel in the small hours. The streets are trashed. Quiet. Alone in my room my mind is racing. I clear out my downloads folder, organize my entire document folder, organize all the notes for the Book of the Un, write interview questions for the Icelandic parliament people, write 2 donation request letter, do an hour worth of research on hoop trundling when I realize it’s noon and I’m fucking flying on Adderall and I’m starting to wish this shit comes with an off switch.  I just can’t believe they give this to people. For what? Holy shit you have gotta be pretty fucked up for a doctor to think this feeling is helpful in some way. Wow. Just wow.

I keep thinking about my shop. This is the perfect drug for organizing my nuts and bolts, which really needs to be done. When I moved into the shop 2 years ago I just put all that stuff on a table and since it’s not organized I just end up buying more nuts, bolts and screws because I can’t find what I need because there are SOOOOO Many… 50 hours of no sleep now and now it’s emotions and self loathing. I’ll spare you the details. One pill does all this? There had to be some kind of environmental trigger or something. This is how I always imagined methamphetamine would be like. So I look it up. And Adderall is pure methamphetamine.

Wow. Now I know. Whoa. I mean, I just had no idea. No one tells me anything…

After 62 hours I finally got 4 hours of sleep. Guess who’s in Amsterdam? The Red Bastard! Met for a drink and conspired about shows. What a charmer.

Talking to a guy doing an animated movie on Bosch, pretty nifty: https://www.facebook.com/Hieronymus.Bosch.Movie/

Like the housing market in our fair town, I can feel the crash coming. I’m going to probably sleep for 24 hours now. I took just one pill. What a ride!!! 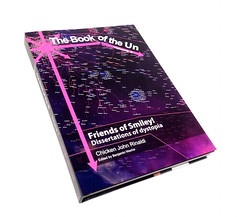 If you havn’t yet, peek at my Kickstarter:

Little rivers run all through Amsterdam. I can see them delivering beer on a boat dock from a dory. How perfectly civilized.